PULL UP THE FLAGS! 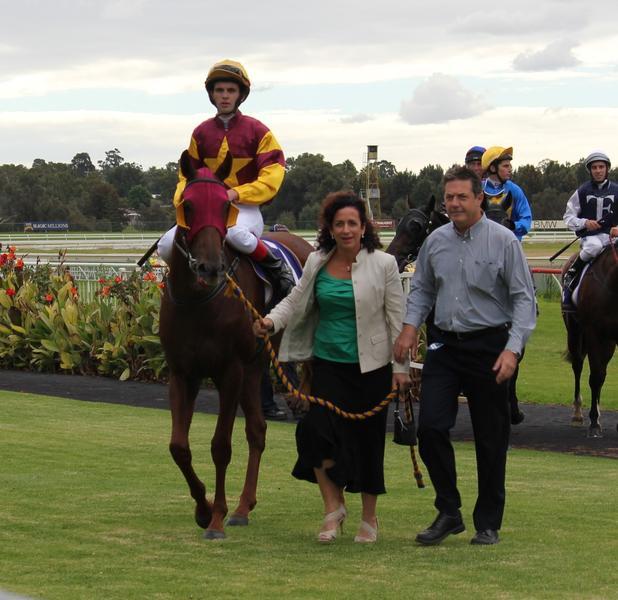 Flag Officer showed what a tough and consistent racehorse he is by easily winning on Saturday over 1800m. He dominated the race by leading and dictating the tempo to the opposition and was far too good for them even though he was giving them a weight advantage. It was a great ride by Ryan Hill and continuing thanks go to Craig Staples and the rest of my staff for helping in the conditioning of Flag Officer.

The photo is of Flag Officer returning to scale led in by Fiona Lacey and Colin Brown who are not only part owners but also the breeders of the above mentioned. Everyone who took a share in his sister appears to have had a bargain for most of Flag Officer's successful campaign has been since the sales.