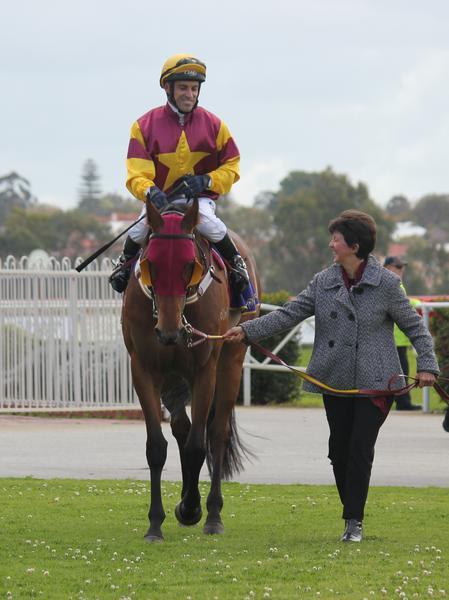 Passion Cantata continued her solid start to her three-year-old season with a stylish win in the Westspeed 3YO Handicap (1200m) at Belmont Park.

The daughter of Oratorio has shown terrific ability in her short career but niggling issues have kept Passion Cantata to just five starts, with four barrier trials.

The filly won on debut at Ascot in February before posting two more minor placings but Passion Cantata showed her full capabilities with her latest success.

Jockey Craig Staples positioned Passion Cantata outside the early leader and race favourite Bellaxena before hitting the front with 300 metres to travel.

Passion Cantata’s opposition had every chance to run her down, especially as she carried the 58kg top weight, but she proved far too strong for her rivals to score by 2-1/4 lengths in front of a large group of her owners.

“Everyone’s having a good time. She’s a really good filly though,” Jordan said after the race.

“There have just been a couple of things. She’s been shinsore a couple of times and she’s a filly that has grown quite a lot.