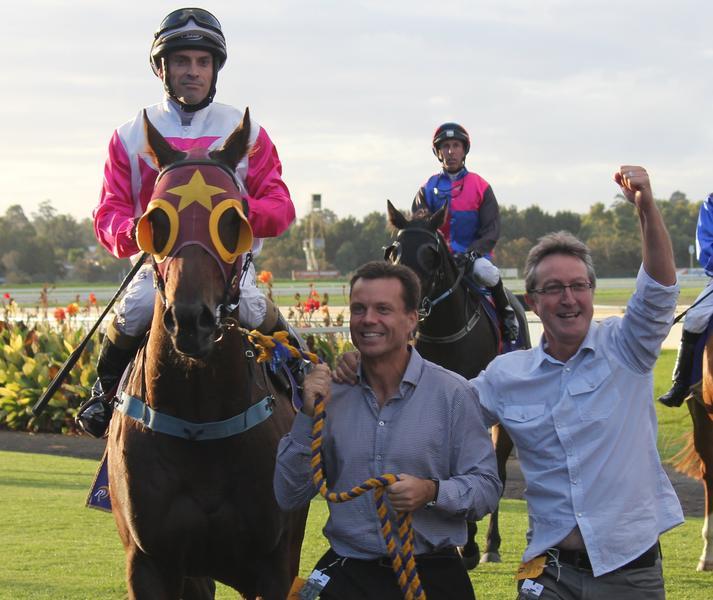 It was a lucky Chinese number eight day at the races. Right Time won his eigth race from barrier eight in race eight! He jumped well with his customary early speed and sat outside the leader. Craig held him together until after they straightened and had a two horse war with Donnyonetime for about two hundred metres before going to the line as a clear winner. He also broke the $300,000 prize money barrier and we'll look forward to all short course races on the programme in the future.