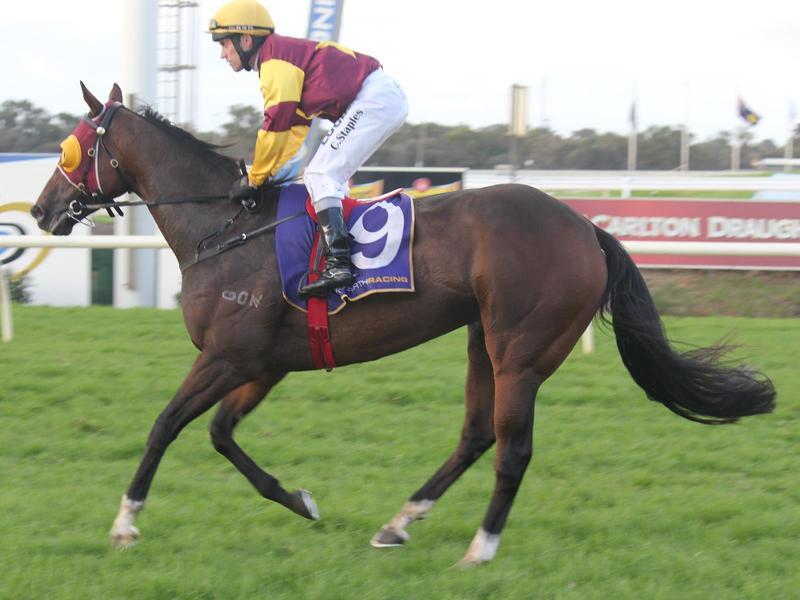 Coruscation, who's had a few niggling problems, won by a clear margin in the last race of the day at Ascot yesterday. It was a great effort and a superb ride by Craig Staples, whose brother Paul is part of the ownership syndicate in the horse. He appears to have pulled up really well from his thrilling victory which was his fourth win. It was great to see so many owners still at the races at 5 o'clock on a gloomy, damp Saturday afternoon and my ears have only just recovered from the encouragment Scott Ryan was giving the horse over the final furlong! The photo is of Coruscation coming back to scale.