A BIG THANKS TO REVOLITION! 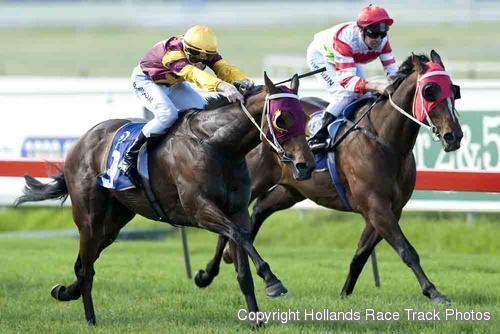 Last Saturday Revolition ran his last race. He's been a fantastic horse to us all, winning seven races, four seconds and five thirds from thirty-five starts. He's won over half a million dollars. His greatest triumph, which I'm sure you can all remember as if it was yesterday, was the Colonel Reeves Stakes where he sat outside Hay List and held off Black In Time at the finish. His win in the South West Breeders Stakes was another great effort, carrying top weight and winning over 1400m.

Bruce is going to join his brother Volition and hopefully become a show jumper. We'd just like to take this opportunity to thank Bruce for all the excitement and enjoyment he's brought to us all during his career.