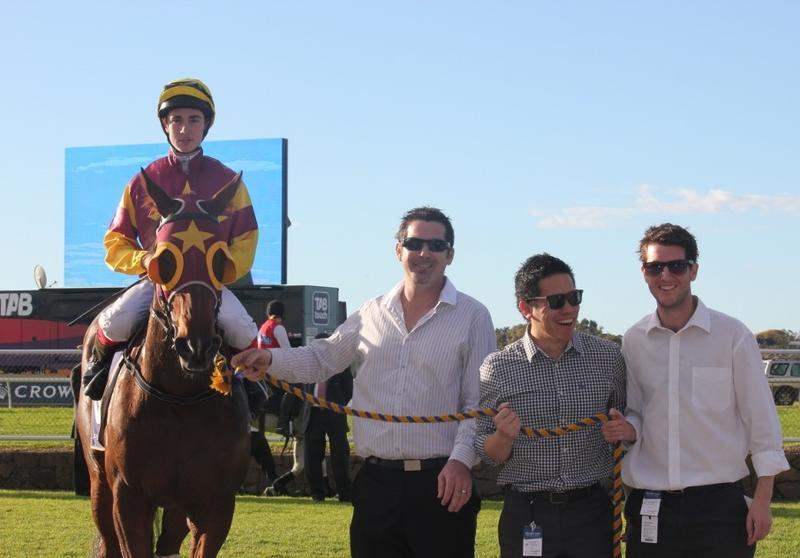 Coruscation (shining light) returned with a great win yesterday at Belmont. He took up a position in midfield then Chris Parnham pulled him out to get in the moving line and he pounced on the leaders shortly after straightening and pulled away to win by a length and three quarters. It was a great ride by Chris who took the initiative at the 600m and all accolades go to him. This was a particularly satisfying win for the owners and the stable as he's had a few ongoing issues which we hope we've got on top of. Hopefully he can win again before the end of this racing season. The photo shows Coruscation returning to scale with a group of very happy owners.