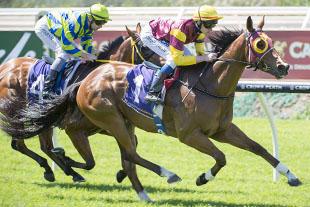 Castle Retreat won the second race at Ascot in fine style and a good time, running about half a second quicker than the other two 1000m races on the day. He sat outside the leader, got on terms with him at the furlong post and then pulled away to win by three-quarters of a length. He was cheered on by a large group of owners who nearly brought the grandstand down when he got to the front. It was a really good effort and he has pulled up in fine fettle. He should go racing again in the next two weeks.