SANCTITUDE FINALLY PUTS IT TOGETHER! 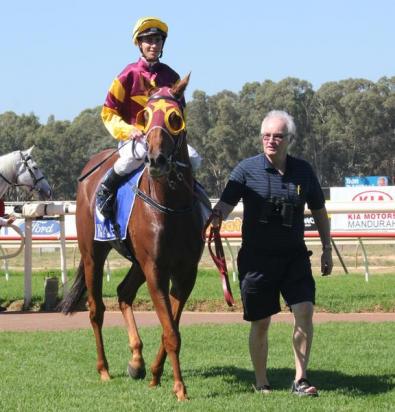 On Sunday Sanctitude showed some of his potential by making a very fast finishing burst to catch the breakaway leader in the shadows of the post. It was a very impressive victory and we're happy for his most patient owners. The other good thing about the day was that he has in the past been anxious at the races but after having some treatment and regular visits to the races with Zedspiel he was really good at Pinjarra. The photo shows Sanctitude and Tottenham supporter Peter Davies leading him in after his win.