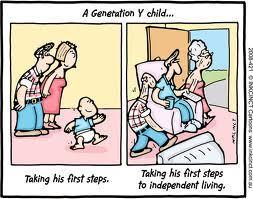 Ian, alias the Holy Goat on Perth Turf Talk, you appear to be a little fragile about criticism. The world isn't all about you and in a 1min 25s interview only 14 seconds were allocated to you. I'm sure you're a good fella but you seem to hold the characteristics of your Y generation, that is, you appear to have a smug, entitled and intellectually superior attitude.

The real push back I was trying to portray was the anonymous, unsubstantiated criticism in emails, phone calls and letters to stewards and heads of bodies within the racing industry criticising licensed people, accusing them of improper behaviour and even straight out lying and cheating.

I feel anyone making any accusations against licensed persons should sign their written accusation and make an obligation to attend any inquiry resulting from their correspondence. All people under the British legal system should, and are allowed to, face their accusers. So that means, you guys, put away your pseudonyms and be real men and put your names to your mischieveous comments that are made about licensed personnel.

And I call for all people who love and care about this industry to push back against so much unsubstantiated criticism racing receives which undermines the integrity of all involved.