HOW CAN YOU BEAT THE IRISH ON ST.PATRICK'S DAY? 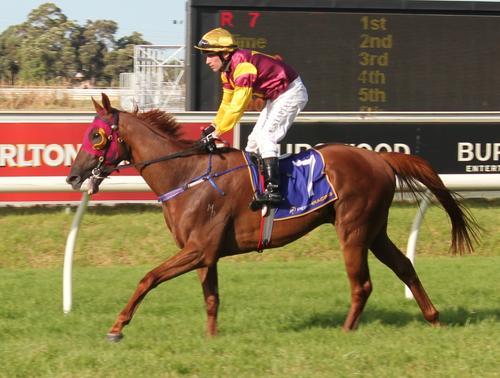 Flag Officer led all but the last few inches in running second in the JC Roberts Quality. It was a terrific run but, in hindsight, trying to beat a horse called Rohan on St. Pat's day was just a bridge too far! It seems the same logic continued to the last race of the day which was won by a horse called Rafferty.

He will continue with his march towards the Derby on April 14th and will run in the Melvista 2200m on March 31st. It seems Rohan will be our biggest competition and we'll be doing everything we can to turn the tables on him.