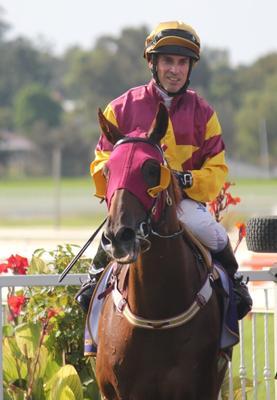 Flag Officer ran another brave and tough race on Saturday in running third in the WA Challenge Stakes (Listed). He took up the running early, was challenged mid race, ran eyeball to eyeball with another runner until the turn, dropped that horse off, and was challenged by the horse that ran fourth on straightening. He fought him off and was run over by two horses that had dream runs in the race, only beaten out of second place in a photo.

He has pulled up well and we will look at a WA Derby campaign for him!