HOW SPECIAL WAS THAT? 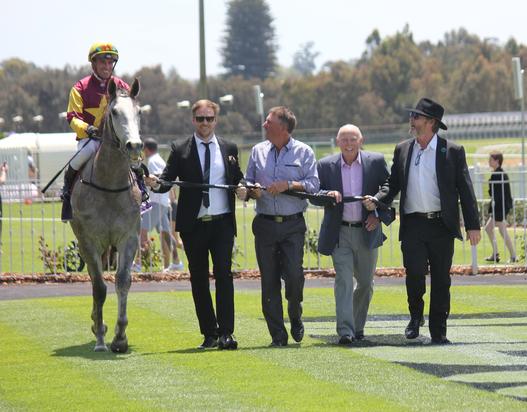 Specialism was true to her name and provided a thrilling effort on her debut to win the third two year old race of the season, jumping from the outside gate and dominating the race from the start. It was a great ride by Craig Staples and a terrific effort from all my staff because at times she has been more than a little bit difficult. The photo shows Specialism being escorted back to scale by a merry band of minstrels!