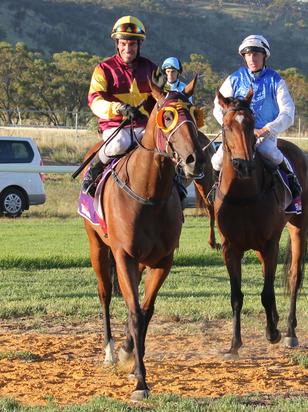 Castle Queen won her third race yesterday at York so is now only a few dollars short of $100,000 in earnings. Her racing career has been marred by problems from the onset. She had front leg lameness and had to be locked up for quite a while. After overcoming that she has been continually plagued by lower respiratory airway disease and is constantly treated with inhalers, vascular dilators and antibiotics to open up her airways. This is similar to severe asthma in humans. So in overcoming all these problems she has shown a lot of resilience. Hopefully from here she can notch up more wins in the future.