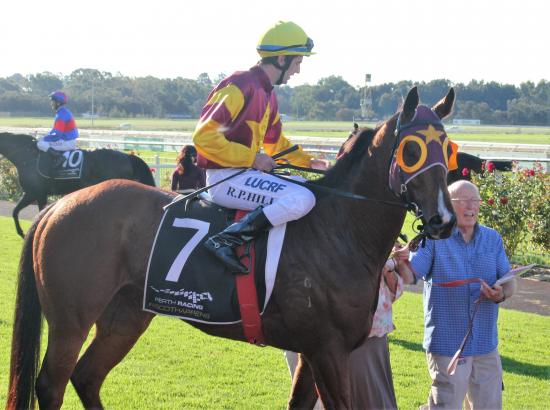 Castle Retreat maintained his good form by winning the sixth race at Ascot. He only won by a small margin but showed lots of courage in fighting it out right the way to the line. It was a great ride by Ryan Hill and we were very much favoured by the inside gate and the cutaway rail. The photo shows Ryan bringing Castle Retreat back to scale, being led in by Keith Bell and Margaret Vines.