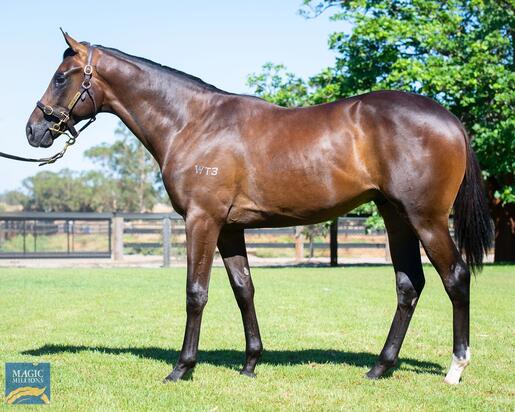 Sire: So You Think Dam: Calianco

This colt is a well balanced, athletic individual. He's by the  world class racehorse So You Think who won 10 group Ones in both the northern and southern hemispheres, winning almost $9 million in stakes. He was rated by Timeform at 133, making him the highest rated Australian colt in the modern era. He is now fourth on the general sires list by earnings and I should imagine this will improve going forward. He's out of the five times winning mare Calianco who won $134,000. She is by California Dane who is a son of Danehill. That Danehill x So You Think cross (nicks) has produced a whole heap of winners and is shown to be the best cross. This is her first foal and she's from a mare who has thrown 7 winners. His third dam by Canny Lad has thrown multiple stakes winners. This colt not only on type but on pedigree looks like a real chance to be a high class racehorse. If you require more details please ring me, Paul Jordan, on 0417966712.