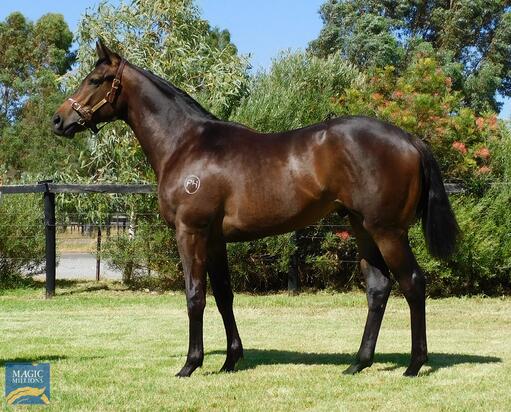 Sire: So You Think Dam: Bless This Child

This So You Think colt is a strong individual and will develop into an outstanding type in the next six months. He's by the world class racehorse So You Think who won 10 Group Ones in both the northern and southern hemispheres, winning nearly $9 million in stakes. He was rated by Timeform at 133, making him the highest rated Australian colt in the modern era. He is now fourth on the general sires list by earnings and I should imagine this will improve going forward. This colt is out of the American mare Bless This Child who's out of a strong family who have raced at the highest levels both in the USA and Australia. She's a half-sister to 5 stakes winners and her sisters have gone on the throw high class stakes winning horses. This colt has every chance of making a high class racehorse not only on type but on pedigree too so if you have an interest in him please ring me, Paul Jordan, on 0417966712.