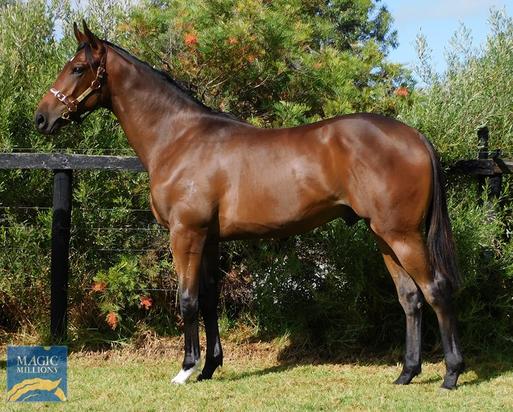 Sire: So You Think Dam: Steps to Stardom

This is a cracking colt by the world class racehorse So You Think who won 10 Group Ones in two hemispheres, defeating over 75 individual Group 1 winners, including two Cox Plates and had earnings of $8.9 million. He had a 133 Timeform rating which makes him the highest rated Australian colt of the modern era. He is out of the two time winning Stratum (Golden Slipper winner) mare Steps to Stardom. This is her first foal and she is a half-sister to the multiple stakes winner Pillars of Hercules from the family of Catbird (Golden Slipper winner).

The stock of So You Think race at the highest levels from a mile to a mile and a half and he has thrown multiple Guineas winners throughout Australia. This is a high class colt who could meet any racehorse owner's expectations.

If you have an interest in him please feel free to ring as we're very excited about this horse's potential.